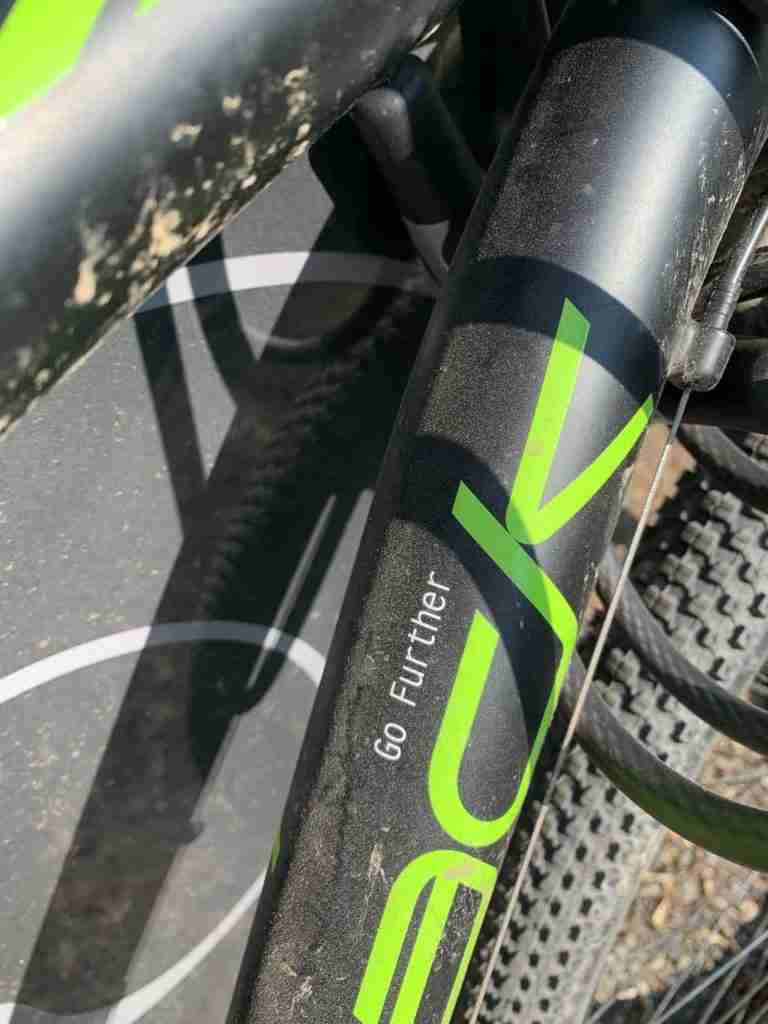 I was getting close to finishing one of my walking books, which in reality meant that I was bored of spell checking and had started to flick through Facebook, when a post caught my eye, “Who’s coming on this bike ride? I need someone to keep me company at the back.” I had a quick look and discovered there was a local group of cyclists that went out of a Thursday evening and that some were slow and pushed their bikes up hills. Well, this sounded like my sort of group. To be honest, no sort of group sounds like my sort of group as I don’t like groups. Or strangers. Or QED, groups of strangers. But if I was going to like any group of strangers it was going to be one where friendliness and lack of judgement featured heavily. I got in touch with the organiser and said I was interested. Expecting a barrage of questions and forms I was pleased that her entire response was, “great, see you later”.

So I turned up outside the pub (good start) and waited to see who turned up. An older lady cycled in on a rather nice looking road bike and was decked out in Lycra. I asked her how competitive this group were and she was at pains to stress that she often jumped off to push her bike up hills, the other riders would just wait at the top, having a bit of a gas until the pod had regrouped. Sounded good to me. The next person to turn up was the lady that had posted the message on FB. Turns out she and her husband had just bought the local bike hire shop and were getting to know the natives. Despite owning a bike hire shop she promised that she too would be getting off and pushing.
Gradually everyone else turned up and I noticed a few things in common, all were female, all looked fit and all sported rather nice looking road bikes. I leant on my hybrid and wondered just how much of a hindrance I was going to be to them.

Amongst lots of friendly hullos and chats we set. There were abut ten of us and everyone we passed seemed to be known to various members of the group, so there were more halloos and laughs and waves. This was not a quiet bunch. As we cycled, we chatted and it turns out that this group is part of a Breeze initiative which apparently is aimed at getting women back on their bikes. Never heard of it but as you might imagine, thoroughly approve.

We had set off from Polgooth and headed over to Charlestown taking the back road up by Tregorrick. It’s one of those Cornish lanes that steadily gets narrower whilst the hedges effectively become walls and it feels like you are cycling through a night tunnel. And it’s uphill. And it’s a rat run favoured by locals that are trying to avoid the caravans. Occasional for good measure you also encounter the odd caravan being driven by a rather worried looking holiday maker. Happily I didn’t need to deal with any of these obstacles, just the hill itself. I did half and then decided to conserve my energy and pushed the last bit. The older lady sailed on past. The bike hire lady pushed and so too did the back marker. Apparently there is always a back marker for insurance and just company I guess.She says she likes to get off and push but i didn’t believe it for a minute, seeing as how she looked like a total athlete. As they all did. I was clearly carrying the most padding. Hey ho.

We cycled on from Charlestown up to Eden and then back to Polgooth, while we were cycling through Eden a deer joined us, running down the road in front of us. fair to say I nearly crashed my bike paying more attention to the wildlife than the tarmac. Heading up to Eden there were a few more hills, of which I mostly pushed. The older lady proved herself to be the most nefarious of liars as she happily cycled with ease up each and every one of them. I imagine that when she does get off and push I will be requiring oxygen. As it was I was making happy use of my inhaler. The ride continued with lots of laughter and for much of the time I cycled on my own, enjoying the company but not taking part. During one section we were heading uphill but on the cycle trail, finally my bike came into its element and we powered on up the hill with me overtaking some of the others. In fairness had they been on mountain bikes I’d have once more, been at the back.

Chatting to Emma I was complaining about how rubbish I am at gear selection when heading uphill 3:1 2:6 2:7 2:1 1:7 1:1 and finally get off and push. The problem with constantly changing gears is you lose momentum and if you pick the wrong gear you actually make things harder for yourself and jolt your legs. Your legs which are already feeling rather jellified and don’t appreciate any further jarring. Emma then told me that a lot of modern bikes have all their gears on just the one cog! So now I cycled on with a severe case of bike envy and wondering how much a new bike would cost. i have since looked it up, this system is now known as a 1 Up drivetrain and the prices have come down into my price range. Except that there’s nothing actually wrong with my bike. Hmm.

Cycling on, we came back down through town and I experienced what I really dislike about cycling, cycling through traffic. At one point a driver decided to turn left, first he overtook me by millimetres and then he just turned. I mean he indicated which at least warned me so I braked and off he went. Which was a shame because had he hung around he have heard some really interesting words. We continued past the potholes which aren’t an issue if you don’t mind riding into them and being thrown off your bike or swerving into cars. If you do mind either of those scenarios then potholes are an issue. At least cycling in a group made me visible. Finally we crossed St Austell with my heart tapping away a merry staccato and we headed back to the start point.

Top Place Names in Cornwall Electric Bikes. Yes or No?

Running, swimming and walking in and out of Cornwall

Liz HurleyLiz Hurley as well as being the owner of this blog, runs a bookshop in Cornwall, right by the sea and writes books.  You can buy them in her shop (of course), Waterstones and other outlets as well as Amazon. Amazon.co.uk When she’s not reading, she’s writing and when she’s not writing, […]